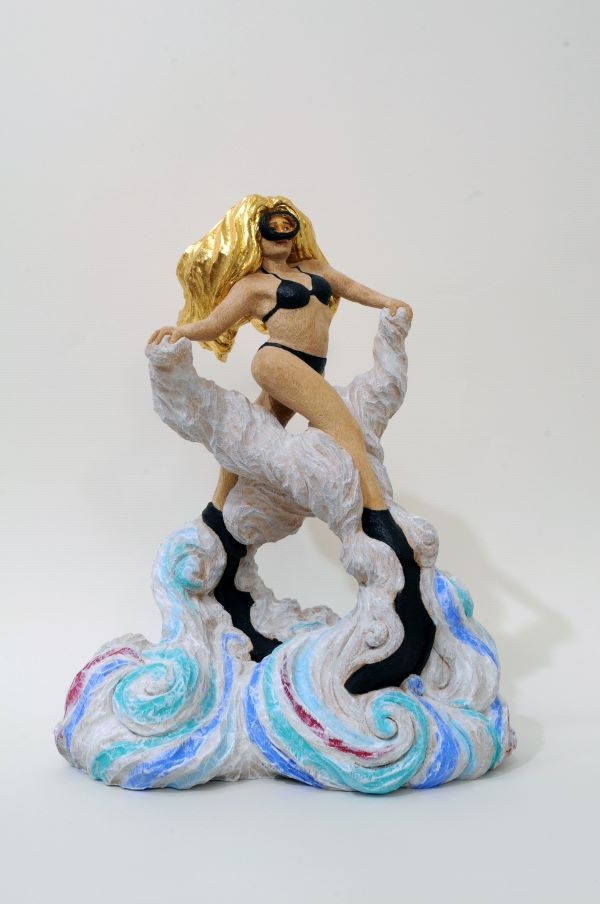 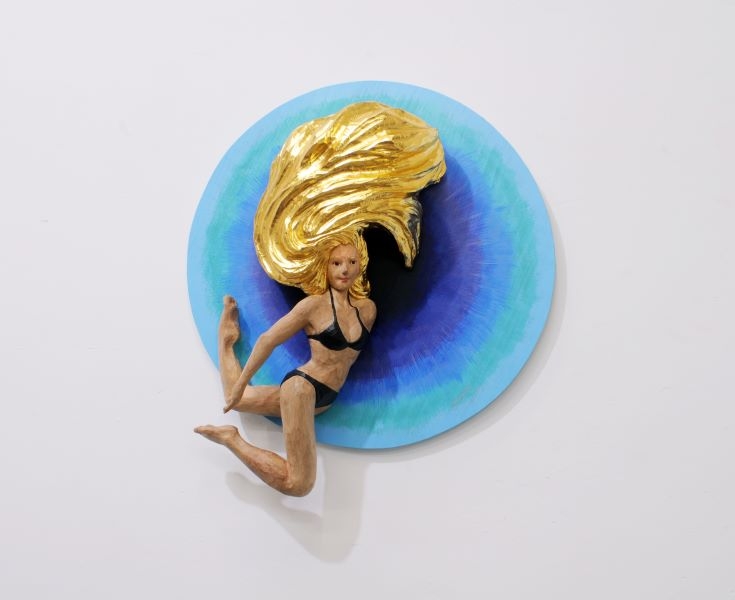 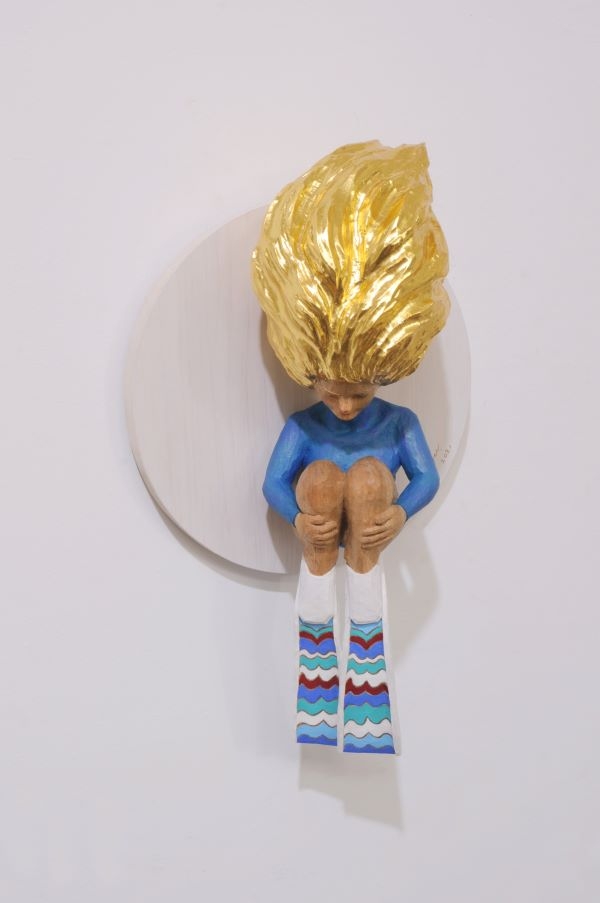 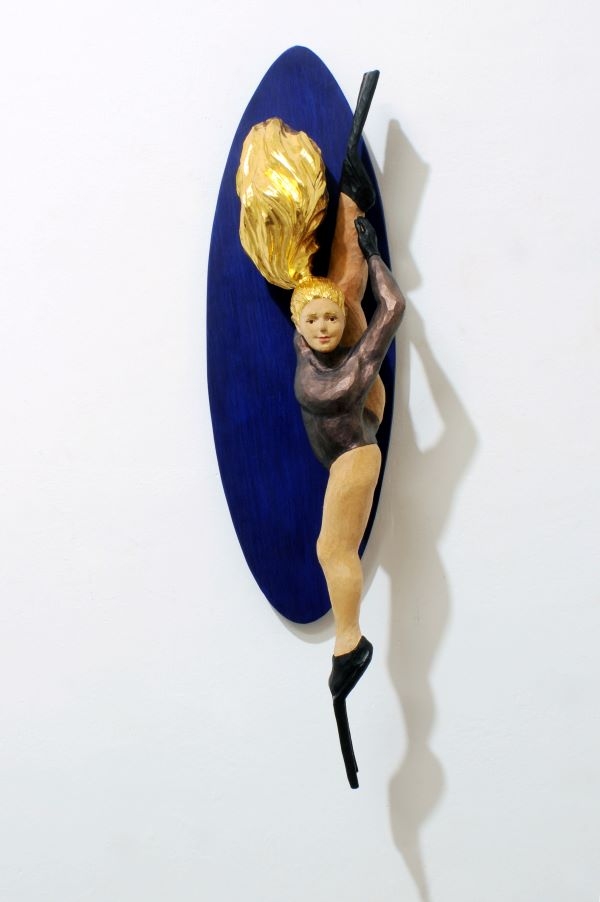 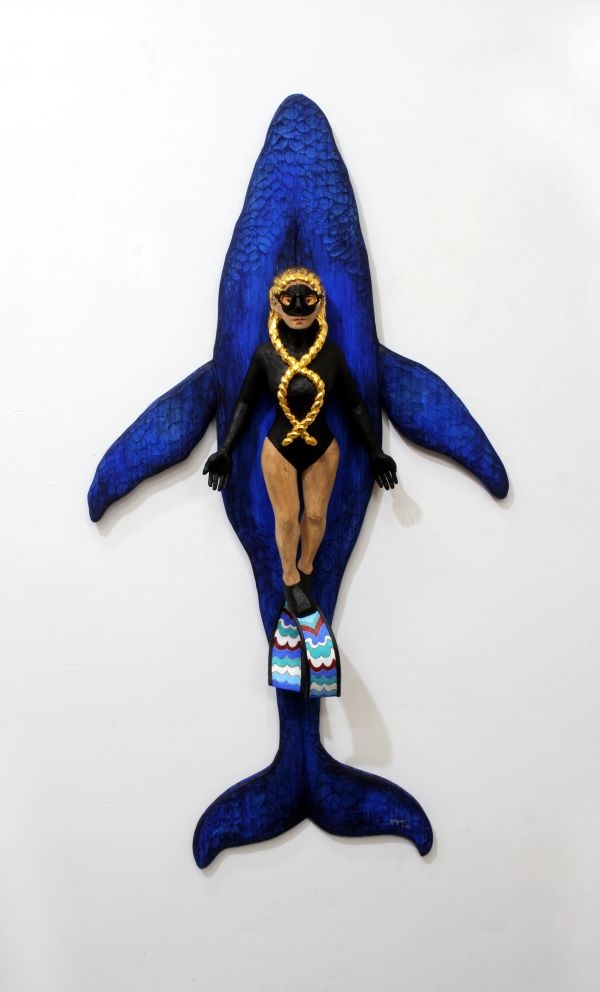 鯨喜 Surprise from the whale 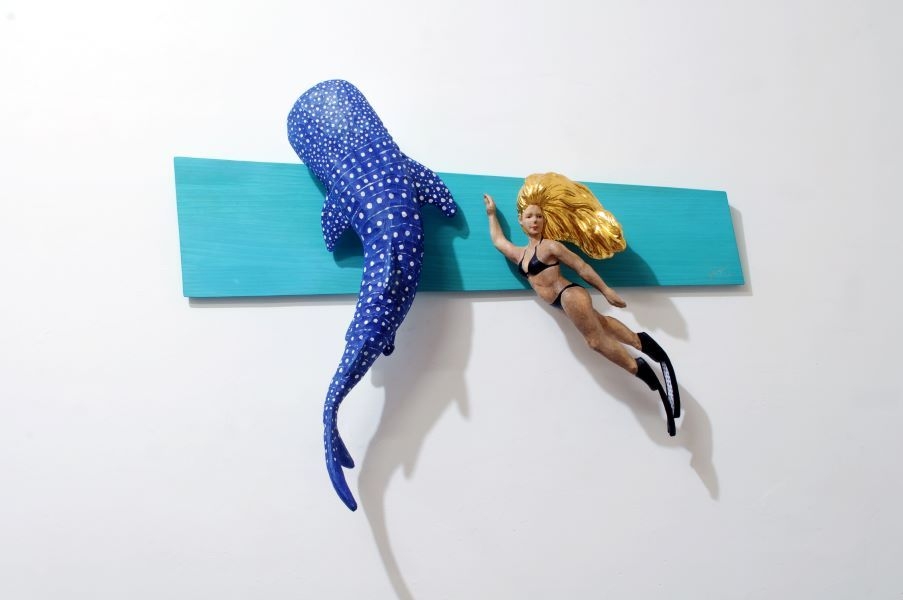 鯨喜 Surprise from the whale

I am an artist and a free diver. In my creative process, mental state, spirituality, religion, culture, etc., are all issues of constant concern. From the beginning of exposure to free diving, I feel that this activity is complementary to the subject matter encountered in the creation. How to relax your body and mind during apnea to reduce the oxygen consumption of the brain, and to fear the death when you want to breathe, the diving process is like extreme meditation; and in order to achieve good diving efficiency, free divers wear long flippers, bow down, The action of kicking the web is gorgeous and elegant, like the "Apsaras" mural in Dunhuang Grottoes. This activity is like yoga in the water, connected with the topic I am concerned about.

In works of form, I often use pure Gold leaf combined with wood materials. As the saying goes: "Fire is the test of gold", gold is an eternal and pure symbol in the works, and it is a representative symbol of human pure spirit. On the other hand, when wood is cut down, it moves toward decay. It is organic, just like human body, and gradually dies from birth. The combination of these two materials echoes the feelings and realizations produced when practicing "art is life".

2018 Graduated from National Taiwan University of Art, the Master’s degree in the department of Sculpture

The imagination of art in cloud, group show, Taiwan

2014 The woodcarving of Sculpture competition in NTUA, won second prize