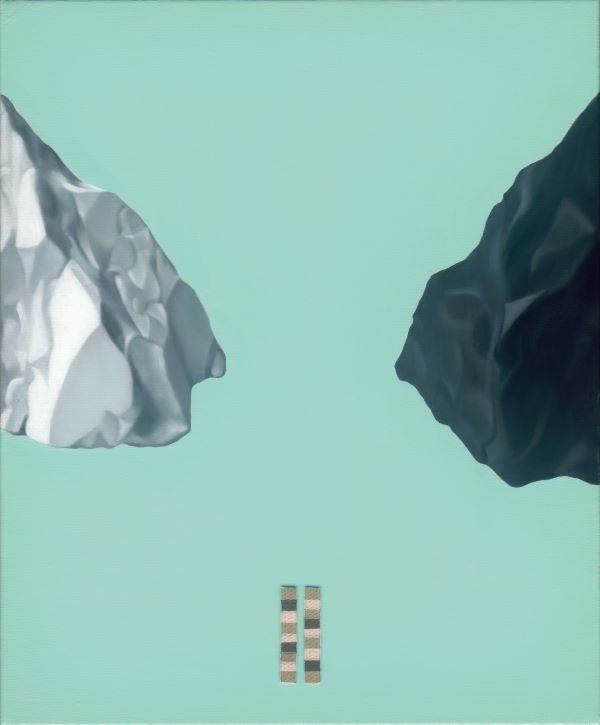 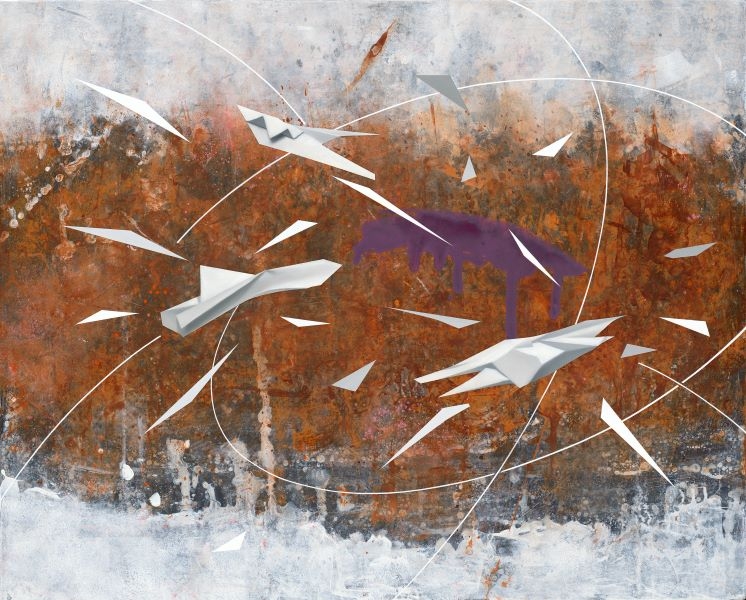 In this year, I was assigned to teach such basic painting courses in school.

What should a (figurative) painting or visual composition possess? Points, lines, surfaces, colors, spaces, structures, shapes, compositions, textures, layers, brushstrokes..., these elements that are often mentioned in painting teaching have repeatedly made me rethink the essence of painting. "Returning to painting itself" and reconstructing these basic elements are the assignment for myself at the beginning of the preparation of this exhibition.

"Simulacrum" is the initial configuration for a figurative and realistic painting. Usually, we choose to paint what we want, and take the objects, figures, and landscapes that we see as the subject matter. For most of the time, these are the existing and commonly seen subjects. However, what should we be simulating in this era? In the digital age, our daily visual experience comes from digital, virtual, and altered images on the internet in addition to real scenes. These images, which tend to be more refined, cool tone, and surreal, make the audience’s aesthetic experience more unified. Also, because of the power of today's images and the large amount of image acquisition, the narrative of today's images becomes more direct and easier to identify. Therefore, in the setting of the theme, I chose to make some simple objects by hand, for example, folding paper to make various geometric shapes, or casually kneading landscape-like objects with clay. Through studio shooting, compositing, retouching and reconstructing, the authenticity of some parts of the objects were separated. I then added lines and color blocks of mixed geometry, rearranged the compositions, and integrated our conventional understanding of composition into the works.

I tried to imitate the effect of virtual and 3D images with real objects under real light and shadow with specific placement, and then simulated the images on the canvas with painting techniques. In this process of continuous simulation and reconstruction, I used elements such as points, lines, surfaces, colors, spaces, structures, shapes, compositions, textures, layers, brushstrokes, etc. to deduce the final image. The process of creating these simple compositions is also my rethinking of the elements of a figurative painting, and my rumination on today's images.

In the Poems for sages series, minimalist landscaping, shades of black, gray and white, clear light and shadow, and a moderate sense of space are presented. The only color that appears is the color blocks (bars) made by digital embroidery. It's like a callout we mark on a landscape design, or a badge of identity.

For the Simple Composition series, I refer to the ideas of paper folding and some visual diagrams of 3D composition on the Internet. I randomly fold some paper at hand into various geometric shapes, and recompose them through posing and compositing. By connecting them with the series of lines and color blocks, they shuttle, dislocate, and correspond in the picture, constituting an ingenious balance of vision and space, as well as a certain correspondence between objects. There seems to be some kind of dialogue between the objects in the picture, or some kind of group communication, which turns into an unintentional kind of narrative.

Finally, there are several sketches from the series Desire, which are placed in the picture in the shape of a blank bag or box and become the only visual focus. In addition, with a vague background or color tone, on the blank bag or box, everyone seems to be able to come up their own ideas, express themselves freely, and even to speculate or fantasize about the contents (gifts) inside; my task is to play simple tricks on these objects, add my imagination, and guide the audience's imagination.

The three series exhibited this time are all based on extremely simple objects and extremely simple elements. Through simulating real objects with fake ones, and creating simulacra with real items, this exhibition reorganizes my knowledge of painting, and demonstrates the simulacra of today's image age.